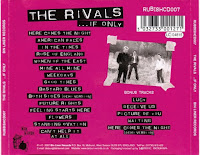 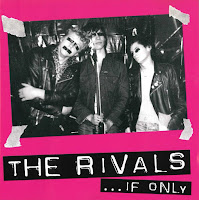 If Only features 20 cuts of prime snot-nosed teenage punk rock from the band that gave us ‘Future Rights’ & ‘Here Comes The Night’. Features both sides of their two singles, plus sixteen more killer tracks all of which were recorded between 1978 - 1981. One of the songs is ‘Rose Of England’ which they wrote a good two years before the mighty Last Resort covered it. The majority of people didn't even know that The Rivals had actually written it. This unique track even includes backing vocals from Roi Pearce of Last Resort/4 Skins on the track as he and his notorious crew were roadies for the band back in the day.